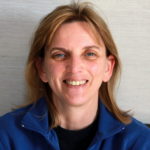 Beth started at Hudson Veterinary Hospital in 2002. She oversees all OSHA regulations and keeps careful records of our controlled substances. She also assists with appointments and surgeries.  Beth volunteers as a trail monitor with the MetroParks Service and enjoys going to comic book conventions. Beth lives in Twinsburg with her two rescued kitties Spot and Biscuit. 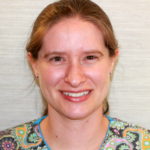 Amanda came to Hudson Veterinary Hospital in 2008. She helps with appointments and spends time socializing our hospital cats. Amanda is also a 4H adviser for the Elite Equestrians 4H club. She is married to Matt and lives in Cuyahoga Falls with her dog Cinder and her three cats: Bumpie, Cleopatra, and Tiny. Amanda enjoys spending time with her horses Saabotaj the Arabian and Cherry, the naughty miniature horse.

Juli joined our team as a veterinary assistant in 2015. She helps the doctors with appointments, lab work, and surgery. She has previous experience as a wildlife rehabilitator and as a zookeeper at the Akron Zoo. She especially enjoyed working with the various exotic animals at the zoo, including porcupines and parrots. Juli and her husband Nate have a shepherd mix named Kuzco and two young children.  Juli and Nate live in Canton. 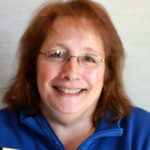 Lori came on staff in 2015 with 12 years of previous veterinary assistant experience. She worked at Hudson Vet for three years as a technician and was promoted to kennel manager fall of 2018 and then returned to the office as a technician late in 2021. Lori has three grown boys and five adorable grandchildren. She is also “mom” to her three pups – Cabela a Rhodesian Ridgeback, Koda a Boston Terrier and Ruger a Labrador Retriever and two cats Coal and Diesel. Lori spends her free time enjoying her dogs, sons, and her grandchildren. Lori lives in Streetsboro. 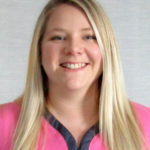 Holly joined the HVH crew in the fall 2018. She has been a certified Veterinary Assistant since 2009 and has lots of experience in handling pets and assisting with exams and surgeries, as well as working in the office and ordering all of the supplies for our hospital. Holly and her husband Christopher have several pets at home – Edwin the cat, Monte a Doberman, Freya a Doberman mix, and Dexter the Chihuahua. In her free time, Holly enjoys hiking, listening to music, dog training, and volunteering with the Doberman Underground rescue organization. Holly and Christopher live in Streetsboro. 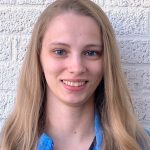 Jackie came to HVH early in the summer of 2022. She has graduated technician school and comes to us with 6 years of experience at another veterinary clinic. Jackie assists with appointments, fills prescriptions, set up x-rays, runs blood work, and draws blood samples. She is engaged to her fiance David and has one cat – Franklin Eugene a domestic shorthair – and three dogs – Jake a Beagle, Maddie a yellow Lab, and Luca a Lab mix. In her free time, Jackie enjoys walking her dogs, playing trivia with friends, and watching Netflix. She also enjoys collecting mugs and candles. Jackie lives in Barberton. 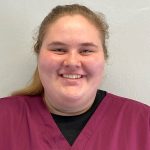