We are proud to introduce our new patient Mark, a handsome six year old German Shepherd, as our very first Paws of Honor program dog. Mark lives with his owner/handler Alex and Alex’s wife Sarah here in NE Ohio. Alex has worked with several Military Working Dogs (MWD’s) in his career, but Mark has a special place in his heart as his first MWD. Here is what Alex has to say about Mark: 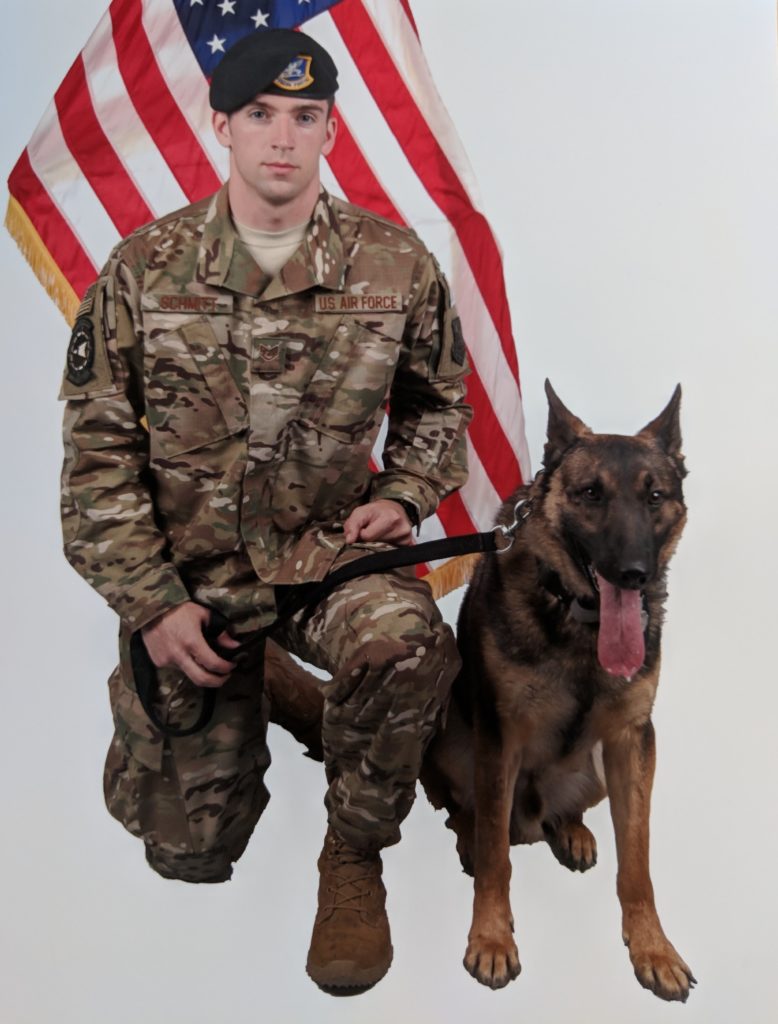 “After finishing K9 Handlers course I moved to Kirtland AFB, NM where Mark became the first dog I handled as a brand new handler. Mark was a PEDD which stands for Patrol Explosive Detector Dog. He only had two handlers in his career, the first handler worked with him for about 4 months. Then I became his second and last handler until his retirement…

We competed in the Kirtland AFB K9 Competition during Police Week after only being a team for a few days. It was one of the best experiences of my career. After the completion, Mark suffered a pretty gruesome injury during training. We were conducting training and Mark was sent into the building. Upon entry he ran through a glass wall, which caused a gash near his eye. After that Mark would suffer from anxiety and mental episodes. Whenever it would storm, Mark would bite or chew on his kennel gate, causing a majority of his teeth to fall out, or be ground down to the gum. After this happened the veterinarian said if he kept doing it they would have to put him down.

After a long process which took about 6 months my family was able to adopt Mark. Since then he has calmed down more than expected. Although he’s calmed down, he still has his issues where he gets anxious during storms and requires hefty amount of medication, which doesn’t always work. Although Mark didn’t have the longest or most prestigious career, he helped keep Kirtland AFB safe, and gave me the best dog I could ask for.“

SSgt Alex Schmitt serves in the Unites States Air Force and is currently deployed to Africa out of Wright Patterson Airforce Base. His current dog Flex has been with him the longest of the three MWD’s he’s worked with, completing over 30 flights, 2 deployments, and 1 out of country mission, as well as many missions within the US. 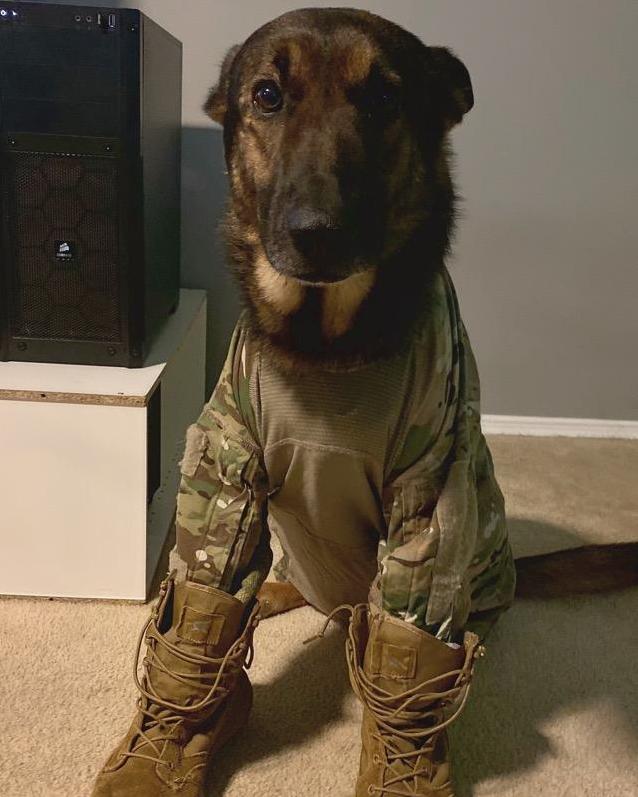 Mark dressing up for fun

Thank you to Alex, Sarah, Mark and Flex for your service and also to all of our clients who have served in our military. Happy Veteran’s Day! 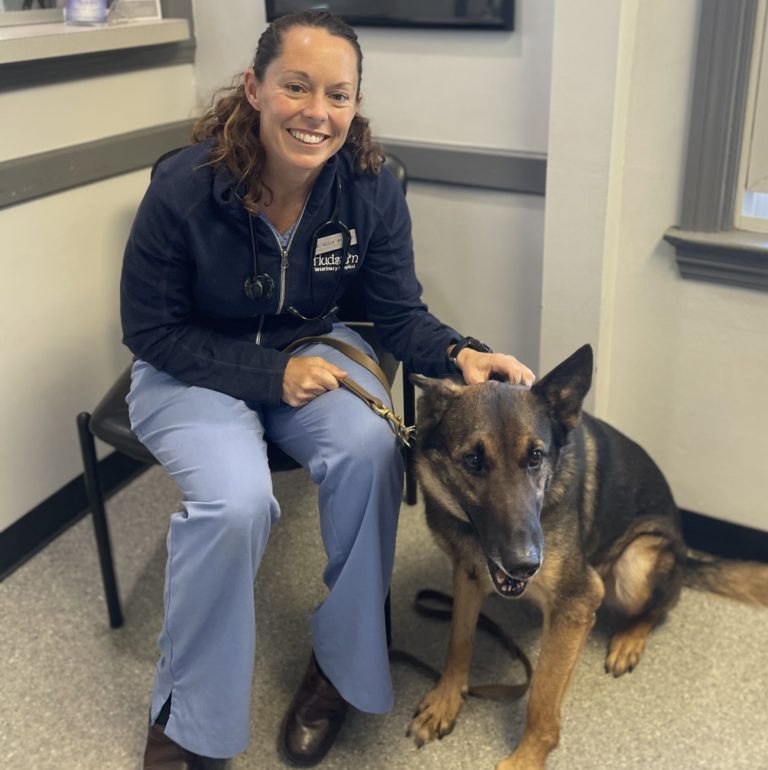 Dr. Willard and Mark at HVH a few weeks ago